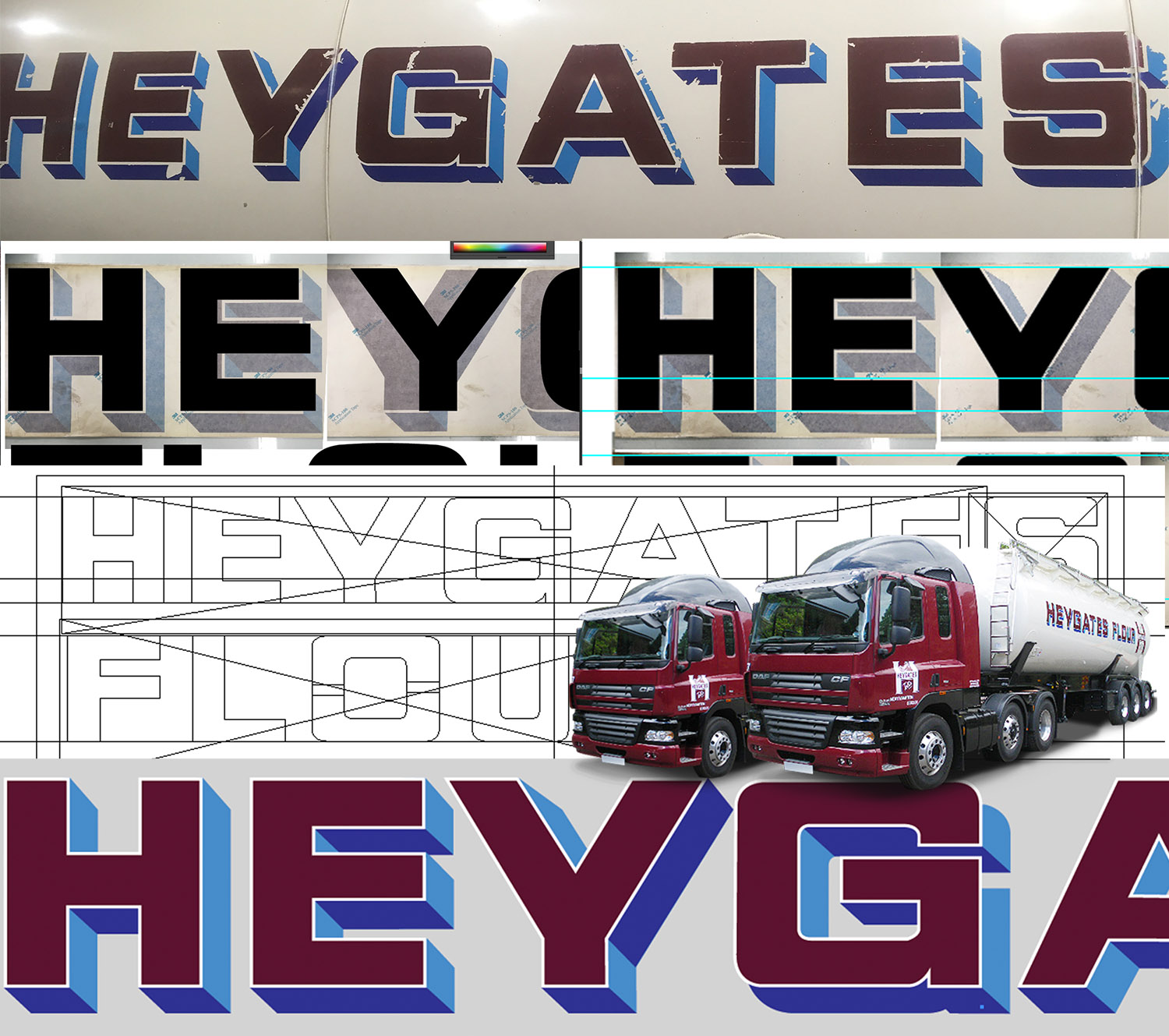 An old school rendered typeface reproduced for printing onto a number of tankers and vehicles for Heygates in Bugbrooke, Northamptonshire.
The mill, at Bugbrooke, can be seen for miles where over 200,000 tons of wheat is milled annually, resulting in 150,000 tons of flour.

We didn’t have much to go on, a photograph from one of the trucks and and old un-used adhesive wording – complete with backing paper still on.
From a similar looking font, as a starting point, we were able to reproduce the logo accurately – characters such as E’s and F’s were manipulated to fit with the G, U and O redrawn from scratch.
All produced in a vector format which will reproduce well on a large – tanker-size scale.

The final colour way (very much in Northampton tones!) with the block/3D effect was also all reproduced from scratch.