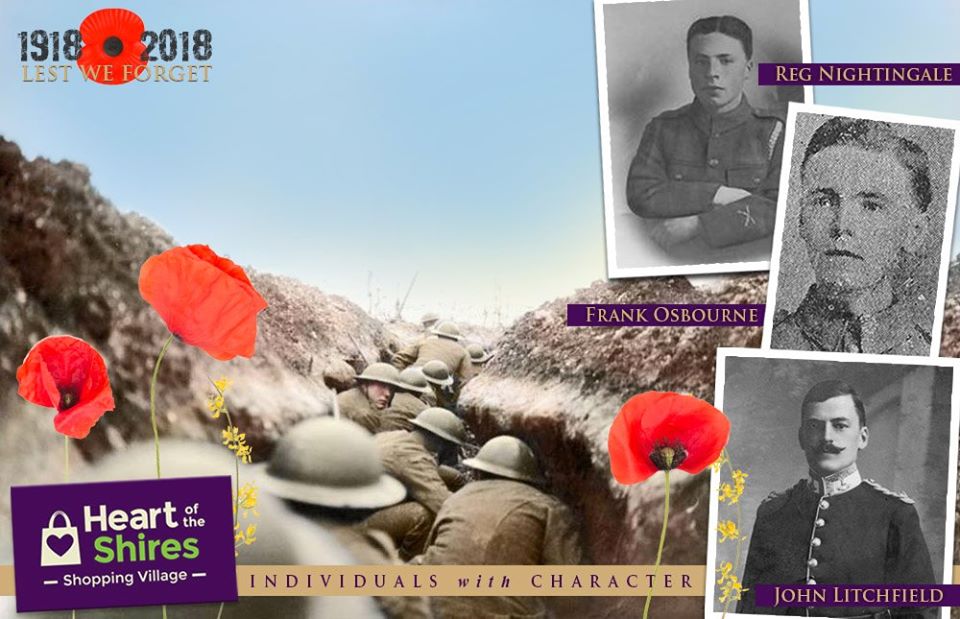 Sometimes a little research into your subject can offer a fantastic opportunity to share information and get involved with the history of a particular business.For Remembrance Day we looked into the history of Heart of the Shires and particularly into local men who served and sadly paid the ultimate sacrifice for their country.

100 years ago Heart of the Shires was called Home Farm. It was the working farm of the Brodie Family, who had purchased the site in the early 1900’s.

Today is Remembrance Sunday, with the 11th of the 11th (tomorrow) marking the end of The Great War – the war to end all wars.
Just like many households, the Brodie family were involved with Joseph Brodie, who was 20 at the outbreak of the war, and a farm labourer in the family business, being available for duty. In a conflict that was so devastating to so many, the Brodies were lucky with Joseph surviving the war but others, based very near to the site of Heart of the Shires, were not so lucky with over 100 men who lived within just a few miles being killed in action.

As the nation marks the end of hostilities this Sunday we remember just ten of the many, who were lost, and tell their stories.

3 Harry Penn
Private Royal Warwickshire Regiment. 2nd/8th Battalion No 24671
Died 17th February 1918 aged 25
Son of George and Susan Penn of Norton. Harry was a Farm Labourer.
Harry Penn died in Norton in 1918 as a result of war related sickness. Harry was gassed on December 19th, 2017 and diagnosed with gas poisoning and T.B.

They shall grow not old, as we that are left grow old:
Age shall not weary them, nor the years condemn.
At the going down of the sun and in the morning
We will remember them.
#remembrance #armistice