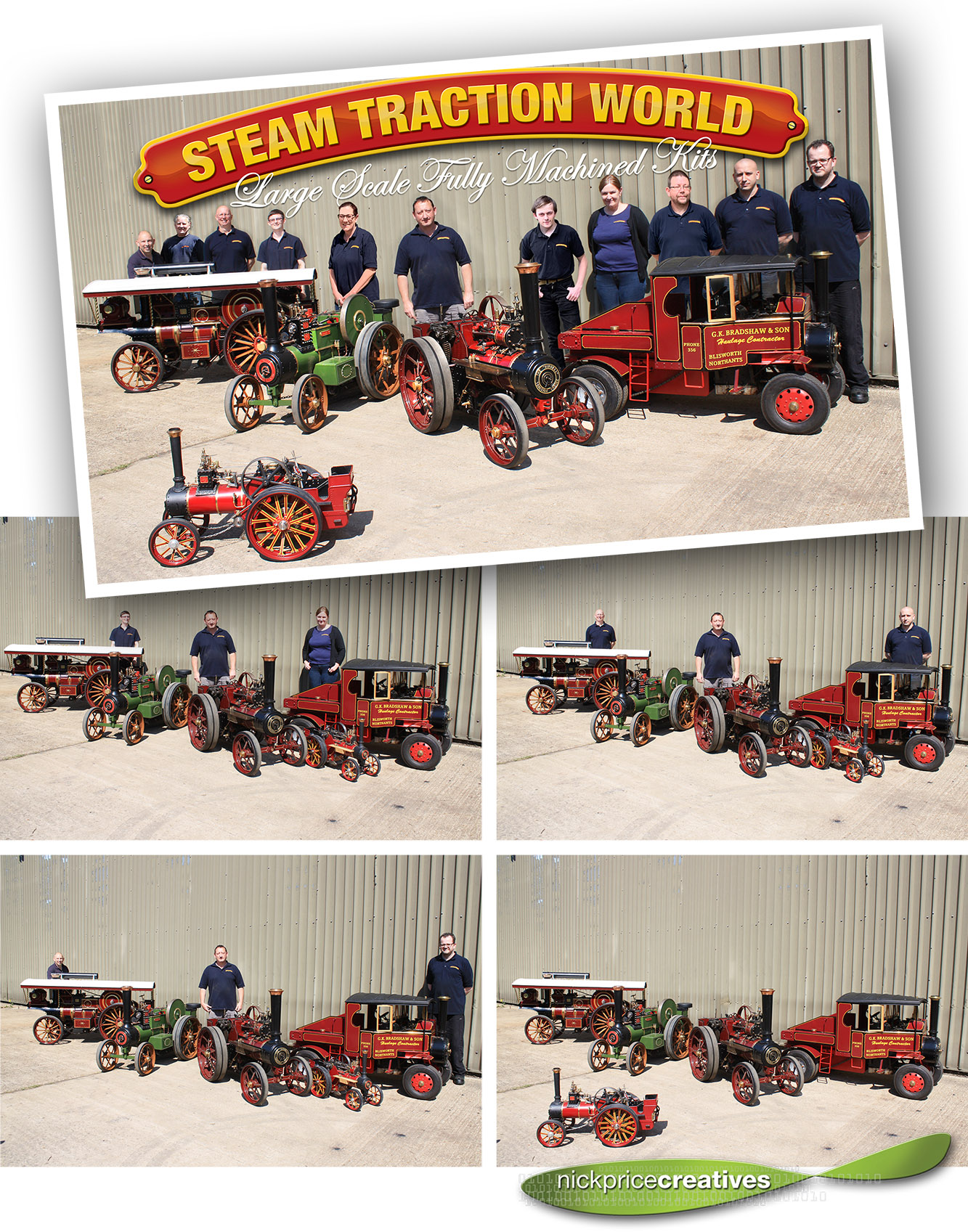 Corona Virus brings a number of life challenges and you certainly wouldn’t believe a group photo session would be possible in these times of Social Distancing.
Needs must though and so when a magazine article required a new group photo for Steam Traction World, Nick Price Creatives were able to act quickly and safely to produce this image.

Staff were asked to stand 2 metres apart with the photos all merged together on system. Those members of staff who were absent through self isolation were added into the photo later.

Once the shoot had taken place the staff were allowed back to work enabling movement of the engines themselves too with the smallest engine moving to the foreground. The final shot was cleaned up of unsightly marks on the floor, the cladding ‘made new’ and the logo added – the shoot was so successful it then featured in another piece of work; an advert for the very popular The Oldie magazine, Paul Pryde, Advertising Sales Manager, saying it “Looks great.”