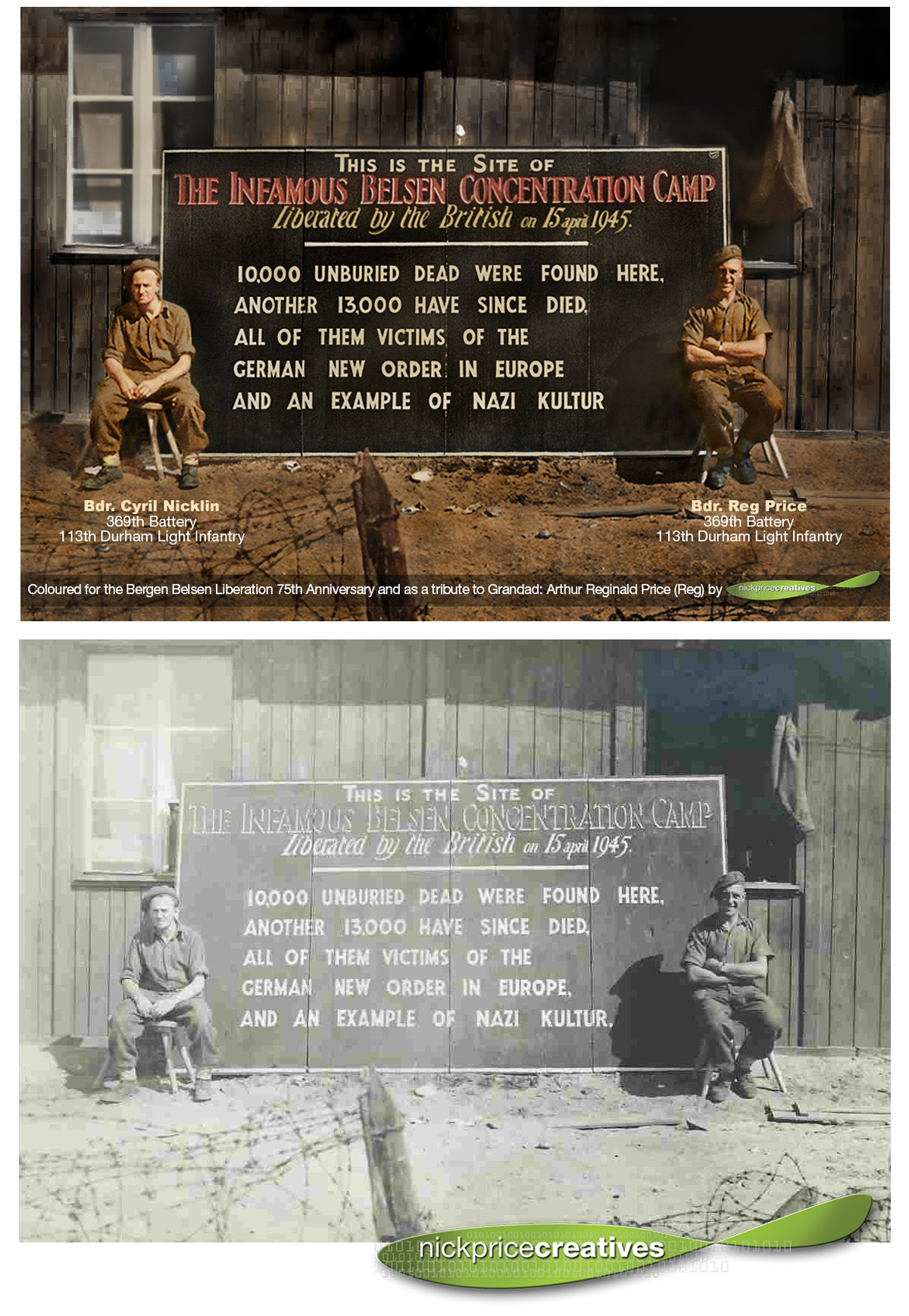 It all started with a grainy photo of my grandad.
Reg Price served with the Durham Light Infantry from 1942 to 1946. Landing in Normandy shortly after D-Day his regiment made their way through France, Belgium, Holland and into Germany. On April 15th, 1945 Belsen Concentration Camp was liberated. It was the first camp to be liberated by the British and, as such, received a great deal of media attention.

On the 15th April Reg was over 230 miles away, just crossing the Rhine, and with no training or experience in the humanitarian and medical work required at Belsen, there can be no rational explanation why the Durham Light Infantry were sent to Belsen, but they were and they covered the distance, skirting enemy held territories in just 22 hours. Reg and his colleagues stared into the horrors of Belsen which what was described as opening the “gates of hell.”

For the 75th anniversary and subsequent Liberation of Belsen, we’d been following the path of the regiment and for the day of the liberation of the camp itself, we decided to colourise a grainy black and white photo I had of my grandfather. As a commercial signwriter, he was asked to produce the grave marker signs for the cine film and to produce the two iconic signs that stood at the entrance of the camp.

The photo itself, was quite a low resolution photo and required a lot of work. We had a press photo that had been cropped down. The sign itself we had a better quality image so we added that in – and whilst we were at it, straightened it just for this re-creation. All the colours of the sign itself were ‘guessed’ as there are no colour photos available of the sign.

It was during this ‘swap’ we noticed the small mark at the top right of the sign – we looked on other photos and had dismissed it as marks on old photographs. Here we could clearly see an artists palette shape and two words/names – Reg had signed the sign!
More HERE…